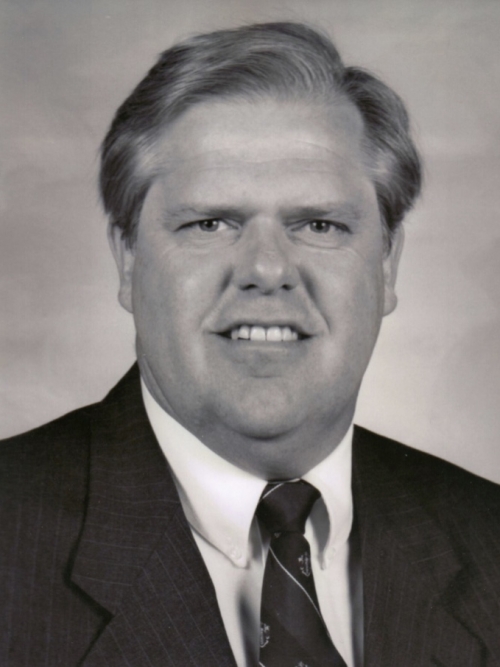 John T. Crane loved to golf at Brierwood Country Club and to bowl in leagues. He did both of those until his failing health forced him to give them up.

What he never gave up was his dedication to his clients.

“He still worked this tax season,” said his son, James M. Crane, who now operates Crane Tax Service Corp., a third-generation South Buffalo business. “I cut him way back to try to preserve his health, but he still did a couple hundred tax returns this year.

Mr. Crane, of South Buffalo, died Oct. 7, 2019, in Erie County Medical Center, after battling diabetes and kidney disease for many years. He was 68.

He was born on April 1, 1951, in South Buffalo, the oldest son of nine children of C. John and Louise Richards Crane.

He graduated from St. Thomas Aquinas grade school and was a member of the Class of 1969 of Bishop Timon High School. He attended his class’s 50th reunion this year, just before his health began to fail, his son said.

He attended Tri-State University in Angola, Ind., from 1969 to 1971, then returned home to begin work in his father’s insurance, accounting and tax business, which was located in the family home on Woodside Avenue. In 1983, Mr. Crane earned a bachelor’s degree in accounting from the University at Buffalo.

In the early 1970s, Mr. Crane’s father began to spend more of the year in Florida, as his son assumed the role of owner and president of the accounting and tax business. The insurance business, C. John Crane Inc., is operated by a cousin.

Mr. Crane met his wife-to-be, Mary Mossop, because her father was a customer of his tax business. The two married on Aug. 12, 1977, at St. Margaret’s Church in Buffalo. Mrs. Crane was a registered nurse at Millard Fillmore Gates Circle, Roswell Park Cancer Institute and UNYTS until her retirement.

Early in his career, Mr. Crane was active in the South Buffalo Lions Club, serving as president, and was also a member of the Abbott-South Park Business Association.

Around 1981, Mr. Crane moved the business to the triangle of Abbott and Potters roads in South Buffalo, into a former service station.

The family moved to Hamburg in 1983 and joined SS. Peter and Paul Roman Catholic Church, where Mr. Crane served as a eucharistic minister. He was active in the Hamburg Council 2220 of the Knights of Columbus, serving as Grand Knight, and was a member of the Msgr. Leo Toomey 4th Degree Assembly.

In 2016, he sold Crane Tax Service Corp. to his son, James, although he remained, James Crane said, “an invaluable adviser.” Around the same time, he and his wife moved to South Buffalo.

An avid golfer, Mr. Crane was a member of Brierwood Country Club for more than 30 years, where he enjoyed the Wednesday Men’s League. Both Mr. Crane and his wife were involved in bowling leagues for more than 10 years. The love of model trains he developed as a child continued throughout his life.

He also enjoyed babysitting his two grandsons. “He was either at home watching them, or in the office, until this May,” James Crane said.

Another sister, Patricia McDonald, died earlier this year. “It’s been a difficult year for the family,” Mr. Crane’s son said.