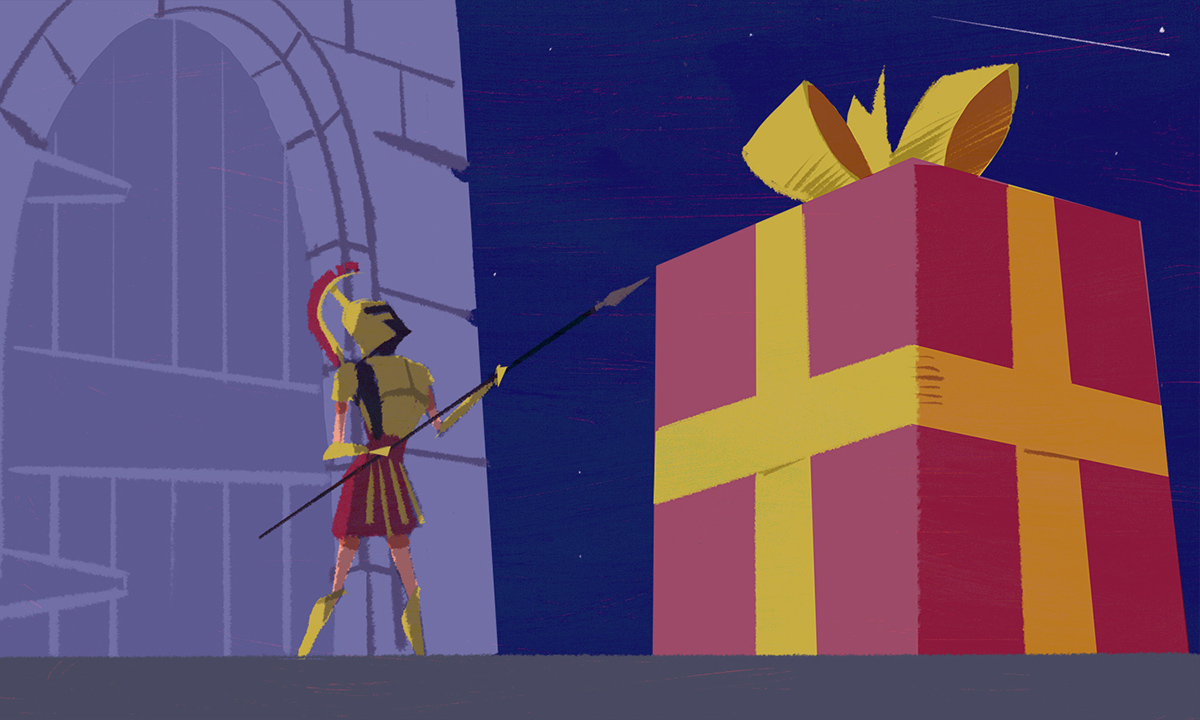 Compliance matters for retirement plan sponsors don’t stop at excessive investment fees or poorly performing funds, they extend to rules on gifts and donations, too.

Questions concerning gifts and donations among plan sponsors and providers is often a murky subject, filled with open-ended queries both parties must fully understand themselves. What constitutes a gift? What appropriate spending or price limits can employers and providers offer, and what rules are to be understood prior to gifting or donating?

Stephen Rosenberg, partner at Wagner Law Group, streamlines these questions into one answer: the act of gift giving, donations or contributions cannot signal favoritism or include conflicts of interest.

“You can have lunch with [clients or firms], but you really can’t allow it to look like any linkage,” he clarifies. “You have to ask yourself, would you be embarrassed if this showed up in the front-page tomorrow morning?”

In the plan sponsor space, conflicts with gift giving and donations generally occur when employers are selecting providers, says Rosenberg. “Plan sponsors have to think of various vendors for the plan prudently,” he says. “It can’t be based on gifts or anything that has the appearance of gifts.” Should employers select vendors based on this conflict of interest, they’re breaching their fiduciary duties and run the risk of a lawsuit.

For those in the vendor capacity—recordkeepers and registered financial advisers—the Securities and Exchange Commission (SEC) and FINRA have implemented stricter regulations on both giving and receiving. The SEC’s Compliance Program Rule for one, requires firms to implement written policies and procedures reasonably designed to prevent violations to the Advisers Act, says Jack Rader, partner at ACA Compliance Group.

“Under this rule, firms will adopt a policy outlining restrictions and also imposing certain guidelines on employees,” he adds. “In many cases this involves reporting and pre-clearing gifts and entertainment.”

Providers must check in with their compliance department prior to gift-giving, in order to pre-clear any entertainment or donations, whether that includes season tickets to a sports game or holiday gifts.

Gifts to and from advisers

Additionally, many financial firm policies will restrict or require disclosures on offering or receiving gifts. Before an adviser can give or take a gift, he will have to report it to the firm’s compliance department to ensure it is reported and approved. Broker/dealers are dealt with specific, stricter requirements regarding pay-to-play restrictions that impact services to government entities, says Francois Cooke, managing director at ACA Compliance Group. Pay-to-play is the act of exchanging money or monetary goods for services. Under FINRA 2030, investment advisers are prohibited from providing investment advice to government entities for two years after the firm, or a covered associate, make a contribution to that entity.

“This becomes more serious under the topic of pay-to-play, which limits the amount of money that a financial adviser can contribute to a government official or political party,” Cooke says.

When it comes down to specific prices, under FINRA 3220, advisers cannot accept or offer gifts exceeding a set $100 limit. The rule states, “No member or person associated with a member shall, directly or indirectly, give or permit to be given anything of value, including gratuities, in excess of one hundred dollars per individual per year to any person, principal, proprietor, employee, agent or representative of another person where such payment or gratuity is in relation to the business of the employer of the recipient of the payment or gratuity. A gift of any kind is considered a gratuity.”

Should advisers receive or provide gifts surpassing $100, they may have to return it, says Cooke. Similar to employers, violating these rules opens advisers to ERISA [Employee Retirement Income Security Act] lawsuits, deficiency letters, or even fines.

“Risks may include anything from a deficiency letter, to not being able to offer certain types of products and services, to being fined,” says Cooke. “In terms of fines, you’re talking about anywhere between $5,000, to $20,000, to $40,000.”

Punishments and lawsuits send a message

Several lawsuits surrounding pay-to-play and gift-giving in the past years have seen firms harshening their stances on contributing and receiving. Navnoor Kang from the New York State Common Retirement Fund is currently serving 21 months in prison for fraud charges involving a pay-to-play scheme. Earlier in the year, Fidelity faced a third lawsuit alleging the company collected “secret kickback payments” from mutual fund providers on its recordkeeping platform. In September, Fidelity was involved in another ERISA lawsuit for allegedly donating millions of dollars to the Massachusetts Institute of Technology (MIT), after the university allegedly allowed the firm to offer high-fee investment funds in the retirement plan.

Now, more firms are moving towards a restrictive approach, say Rader and Cooke. “This has resulted in firms being more conservative,” says Cooke.