There were 16,345 more crorepatis in the 2018-19 assessment year (AY) in the country compared to the previous year, showed official direct tax data.


However, their proportion to total tax filers remained stagnant at 0.17 per cent in both the years, revealed the time series data released by the Central Board of Direct Taxes. 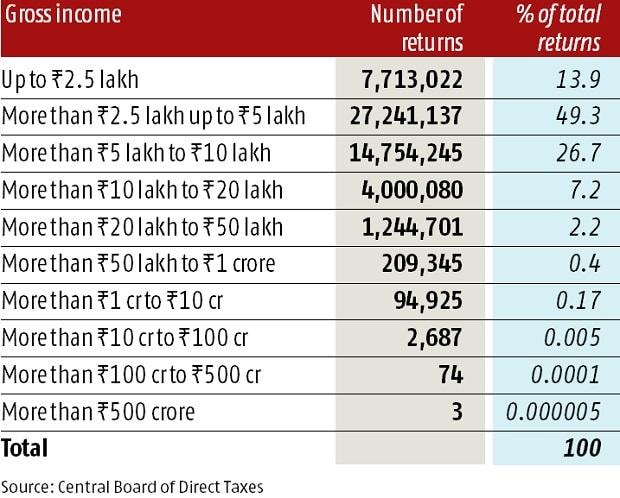 
However, income inequality remained stark as over 99 per cent of the return filers earned up to Rs 10 lakh.


Around 13.9 per cent of the return filers earned up to Rs 2.5 lakh, which is a threshold for income tax.


There may be more people who come under the threshold since taxes take taxable income for consideration after various deductions.


More than 60 per cent of those filing taxes earn gross income up to Rs 5 lakh in AY19.


If this number remains the same for AY21, tax payers may also not be filing any taxes due to rebates given in the Budget.