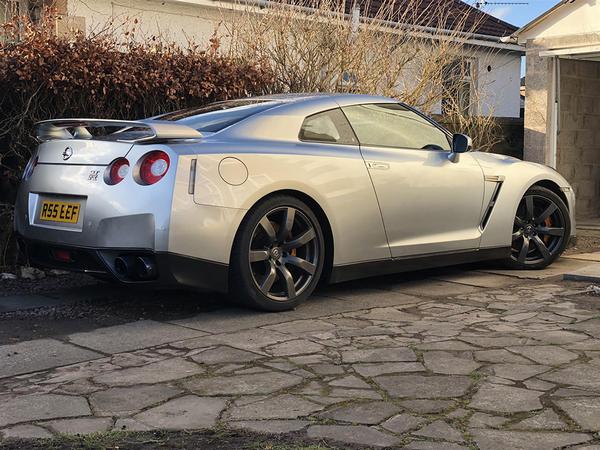 We’ll leave aside the question of whether a Nissan can even be considered a truly courageous choice until slightly later. Because this week’s Pill marks another first – that of celebrating an early example of a car that is still in current production. While the R35 has evolved steadily over a lifespan that is now well into its second decade, this fine-looking UK spec 2009 example still has a huge amount in common with the one that you can buy brand new. It’s less than half the price, too – which makes it a bargain, right?

After a shaky residual start the GT-R has turned into a seriously smart investment, largely as the sharply rising list price of new R35s has made older ones look better value. Early UK spec cars had actually dropped under £40,000 within the three-year warranty period, but value loss since then has been at a far gentler pace. For a long time the only cars getting close to the thirty grand mark were either earlier Japan-spec grey imports or those with what could charitably be described as having interesting backstories. But our £30,500 Pill looks conspicuously nice for the price: you’d still be doing well to find any four-seater that could cross country quicker for less cash.

Before its launch the GT-R was anticipated like an ice cold glass of Heineken in Alexandra. The R34 GT-R had acquired a cult following and Nissan had even brought some to the UK through Middlehurst as what were termed ‘official’ cars. But the R34 died in 2002 without a direct replacement. For a couple of years Nissan tried to persuade us that the 350Z was an adequate substitute – nobody fell for that one – while working on what was to become the R35 in the background. The close-to-reality GT-R Proto concept was shown at the 2005 Tokyo Motor Show, and excitement grew to Christmas Eve levels. 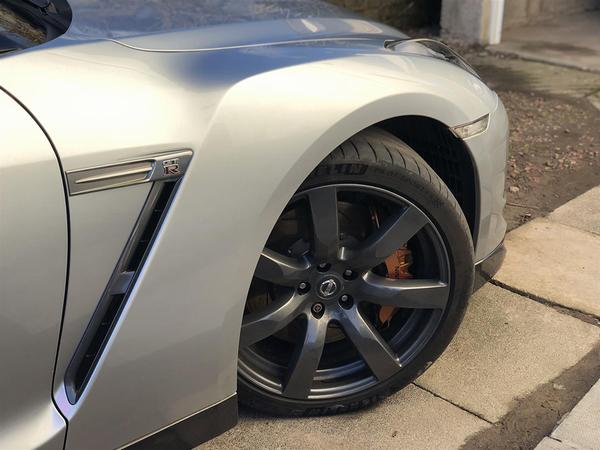 But there was still plenty more waiting to do. The R35 went on sale in Japan in 2007, more than a year before it was due to reach Europe. This created a mad scramble as affluent UK fans tried to be the first to grey import one into Blighty. Appropriately that battle was won by Ian Litchfield, now one of the best-known GT-R fettlers, who managed to get a black JDM-spec car in the UK in February 2008. I was working for Autocar at the time, and so got to be one of the lucky ones to drive it on a photoshoot on the Berkshire Downs.

It was one of those reset moments I will probably bore my grandkids with. The GT-R was absolutely brutal: savagely fast, relentlessly physical and with a ride like a shiatsu massage delivered by a cattle grid. It felt remarkably light on its feet for something that weighed 1,740kg and quickly proved to have the legs cross-country on the 997 Porsche 911 Turbo that had been brought along for comparison. Grip was enormous and the lighting fast gearbox was the most impressive twin-clutcher I’d experienced to that point. I emerged from my drive feeling like I’d been beaten up, but grinning like a maniac.

When the Euro-spec finally arrived it was slightly more compliant and less raw. But the cars were equally tuneable, with many owners following the trend from Japan of trying to extract unfeasible power numbers from the twin-turbo V6. Factory outputs have grown steadily throughout the R35’s long lifetime, but many customers have only seen them as a starting point. Stage 1 tunes will take early cars to a reliable 600hp-ish, but lots have gone further. Road going cars with more than 1,000hp aren’t uncommon, drag-racing specials have been taken to ludicrous heights – there’s at least one out there making more than 3,000hp.

While we should be glad that such cars exist, it’s fair to say that they probably aren’t the ones you’d consider as sensible second-hand purchases. While the GT-R is tough and owners normally get bored of paying for upgrades before they reach power levels to challenge the engines, transmissions remain the weaker link. Buyers of early cars soon discovered that big power boosts – or even multiple aggressive launches – tended to munch the transmission. At which point a visit to your friendly Nissan dealer would reveal the company regarded the entire transmission as being a non-serviceable unit and that would be £16,000 for a new one, thanks. 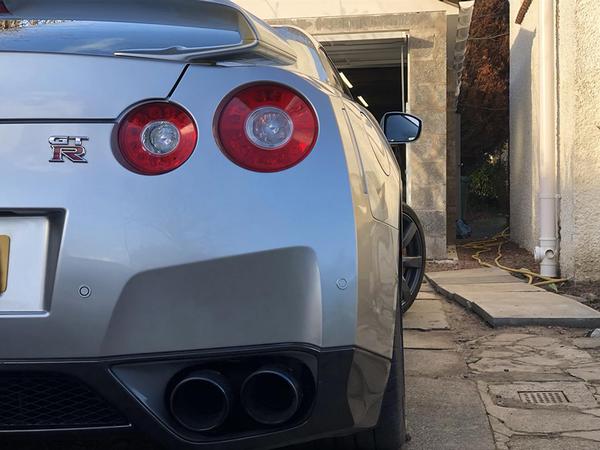 Fortunately as the GT-R has grown older so expertise has increased; there is a now an ecosystem of specialists to tend to them, and good knowledge of common issues. Considering the performance, there are few of these, with the notorious “bell housing rattle” from an under-spec bearing at the end of the flywheel shaft the best known. Something the seller of our car says has already been put right.

Bringing us back to the question of whether a Nissan can ever be brave enough to earn a place in our Parthenon of Automotive Peril? The case for the prosecution is mostly around running costs, which get scary for any hard-used GT-R, especially one that spends big time on a circuit. While the R35 does a good job disguising its mass, the tyres and brakes feel every gram of it. I remember a nearly-new GT-R turning up to an expensive track day and the owner getting the red mist. Carried away by the open pitlane format, he didn’t bother about rising tyre pressures and brake temperatures. After a couple of hours the car was parked and I later learned he got a four-figure bill for tyres and another for new discs and pads. Plus there is always the risk of something big going wrong; just because it doesn’t normally happen doesn’t mean you won’t be the first to experience it.

Yet this week’s Pill looks exactly like the sort of GT-R that someone wanting to minimise risk would buy. The advert lists every visit it has made to both main dealer and specialists, and also reminds that early cars like this one has six-month service intervals. The vendor even details the exact types of lubricant they insist on for engine, gearbox and rear differential, with these changed during each service. The MOT history confirms the GT-R’s appetite for tyres – it needed four new ones to pass in 2016 – and also some worn roll-bar ball joints at the same time. But rubber and brakes are claimed to be fresh and, beyond the popular upgrade of a new exhaust Y-pipe, the car seems to be standard. The car is also in Scotland, and although the advert doesn’t say exactly where, Glasgow-ish seems a fair bet given the regular use of Automek in East Kilbride for servicing. Not the bravest Pill then, but a potentially easy one to swallow.

Search for a Nissan GT-R here