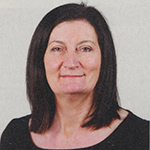 Geraldine Corcoran, Tax Partner with HLB Ryan, gives a broad outline of the measures introduced in the last Budget before a general election year and in the shadow of Brexit, paying particular attention to the health sector provisions

The Minister for Finance Paschal Donohoe delivered Budget 2020 which he described as a budget “developed in the shadow of Brexit” and makes provision for a €1.2 billion package to tackle the increasing likelihood of a disorderly exit. In the event of a no-deal, €650 million will be made available to support the most vulnerable industries such as agriculture, enterprise and tourism. Of that amount, €220m will be deployed immediately. With support for the beef sector and fishing fleet being a priority, €110m of this being set aside for the Department of Agriculture, Food and the Marine. There is also €365m being reserved to cover increased demands on social welfare.

It was widely anticipated that this Budget would be conservative given the uncertainty surrounding Brexit. There were no changes to the income tax rates or tax bands, which means that the combined higher rates of income tax, Pay Related Social Insurance (PRSI) and Universal Social Charge (USC) remain at 52 per cent.

The self-employed will benefit from the €150 increase in the earned income credit. There was also an increase of €100 on the Home Carer Tax Credit to assist working families with caring responsibilities in the home.

There were no changes to the penal USC which was introduced as a “temporary measure” in 2011 at the height of the economic crisis. Also the employer’s rate of PRSI will be increased by 0.1 per cent to 11.05 per cent from January 1, 2020.

The Finance Minister relied on commercial stamp duty hikes which will take effect from midnight on Budget Day and an additional 50 cents on a packet of 20 cigarettes to help raise additional funding.

Housing
Minister Donohoe announced the extension up to December 31, 2021 of the Help to Buy Incentive which helps first-time buyers fund the acquisition of a home costing up to €500,000 by giving them a tax rebate of up to a maximum of €20,000 over the previous four years.

He also announced an extension to the Living City Initiative to the end of 2022 and additional funding of €2m to the Residential Tenancies Board.

Climate change
Tackling climate change featured strongly in the Budget. The Minister stated “while Brexit represents our most immediate economic risk, climate change is without doubt the defining challenge of our generation. We need to prove that we can grow the economy while reducing our environmental impact”.

As expected, there was an increase in carbon tax which is to apply to auto fuels from midnight on Budget Day but will not apply to home heating fuels until May 2020 — after the winter heating season. The Minister stated that the revenue raised from this increase will be ring-fenced to tackle other climate action measures. Part of the funding will be spent assisting communities in the Midlands who feel threatened by the potential closure of Bord na Móna and Electricity Supply Board power stations in the region.

Other measures introduced are as follows:
• The 1 per cent diesel surcharge introduced last year is to be replaced with a nitrogen oxides (NOx) emissions-based charge which will apply to all passenger cars registering for the first time in the State from January 1, 2020.
• The Vehicle Registration Tax (VRT) relief was also extended for hybrids and plug-in hybrid electric vehicles.
• The electricity tax rate is to be equalised between business and non-business.
• The Benefit in Kind (BIK) zero rate (i.e. up to €50,000 of cost) on electric vehicles has been extended to 2022.
• The Finance Bill will introduce an environmental rationale for BIK for commercial vehicles from 2023.
• Reduction in the qualifying CO2 thresholds for reliefs in respect of capital allowances and Value-Added Tax (VAT) reclaim on commercial vehicles.
• Additional relief through the Diesel Rebate Scheme to hauliers to compensate that sector for the increased cost of fuel.

Health measures
The Health Budget allocation has risen by 6.3 per cent to a record €17.4bn. The Minister also announced that he was investing an additional €25m in the National Treatment Purchase Fund in an effort to reduce patient waiting lists.

Prescription charges are to be reduced for all persons by 50 cent. Also the monthly threshold for the Drug Payment Scheme is to be reduced by €10 and the medical card income threshold for persons older than 70 is to be increased by €50 for a single person and €150 for a couple per week.

In an effort to free-up hospital beds and to assist older people to remain in their own homes, 1m additional home care hours will be provided in 2020.

Taxation
Personal tax:
• No changes to tax rates or tax bands.
• Home Carer Tax Credit was increased from €1,500 to €1,600.
• Earned income credit for self-employed increased from €1,350 to €1,500.
• The reduced rate of USC for medical cardholders is being extended for a further year.

It was hoped that the Finance Minister would make changes to the Entrepreneur Relief from CGT to make it more attractive but he resisted doing so.

This was seen as a missed opportunity given relief is much more attractive in the United Kingdom and also as entrepreneurs play a key role in creating employment.

There has been an extension to December 31, 2022 to the CGT relief for farm restructuring.

Capital Acquisitions Tax:
The Capital Acquisitions Tax (CAT) Class A threshold which broadly refers to gifts or inheritances taken by a child from a parent has been increased by €15,000 to €335,000 effective from October 9, 2019. The Minister said he did this due to concerns about the CAT impact on the inheritance of the family home. However if a child were to inherit a home in Dublin worth €500,000 that child would be faced with a tax bill of €54,450 and would possibly have to sell the asset to fund the tax bill.

There were no changes to the other thresholds or CAT rate.

Stamp duty:
• The rate of stamp duty applicable to non-residential property increases to 7.5 per cent from Budget night. The rate of 6 per cent will continue to apply where binding contracts were in place prior to October 8, 2019 and which are executed before January 1, 2020. However, where the land is subsequently used for residential development the Stamp Duty Refund Scheme will operate to ensure the stamp duty rate remains at 2 per cent.
• Currently, no stamp duty arises where a company is restructured under a “cancellation scheme”. A rate of 1 per cent will apply to such schemes from Budget Day.

Corporation Tax:
• The Minister again made it clear that the 12.5% Corporation Tax rate is here to stay.
• The Budget clarified that the time of disposal for the purposes of Exit Tax would apply to companies migrating their tax residence from Ireland, would apply immediately before the company ceased to be Irish resident to avoid any arguments that the company is outside the Irish tax net.
• Transfer pricing rules are to be amended to cover cross border non-trading and material capital transactions.
Currently there is an exemption from transfer pricing rules for Small to Medium-Sized Enterprises (SMEs). It is intended that the rules will be extended to SMEs.

Measures to support enterprise
Key Employee Engagement Programme (KEEP):
KEEP is an incentive to facilitate the use of share-based remuneration by SME companies to attract key employees and provides that gains on the disposal of the shares are liable to CGT rather than income tax, USC and PRSI on exercise.

Amendments are being made to the scheme to extend the scheme to group structures, allowing for part-time/flexible working and movement within such structures and as well as for existing shares to qualify for KEEP.

Special Assignee Relief Programme (SARP):
This relief is aimed at reducing the cost to employers of assigning skilled individuals in their companies from abroad to take up positions in their Irish-based operations thereby facilitating the expansion of the business. This relief will be extended to 2022.

Foreign Earnings Deduction (FED):
This relief is intended to support Irish companies that endeavour to expand their exports into new markets.

It provides a relief from income tax on up to €35,000 of salary for employees who travel to certain qualifying countries for extended periods on behalf of their employers. This relief will be extended to 2022.

Research and Development (R&D) Tax Credit:
The R&D Tax Credit is being amended for micro and small companies to increase the credit to 30 per cent and to enhance existing limits on the payable credit. A new provision is also being introduced to allow micro and small companies to claim the credit on qualifying pre-trading R&D expenditure but this will be available for offset against VAT and payroll taxes only.

Also the current limit for outsourcing R&D to third-level educational institutions will be increased from 5 per cent to 15 per cent for all claimants.

Microbrewery Relief:
To allow for larger microbreweries to expand in particular with regard to their export sales, the Minister increased the qualifying production threshold from 40,000hl to 50,000hl.

Betting tax:
A relief from Betting Duty and betting intermediary duty up to a limit of €50,000 per annum is being introduced.

Irish Real Estate Funds (IREF) and Real Estate Investment Funds (REIT)
Following a review of the first financial statements filed this year by IREF, Revenue has identified that some IREFs have engaged in aggressive tax avoidance involving excessive interest charges and the avoidance of tax on gains. Measures are being introduced to combat this.
The Minister is also introducing a number of targeted amendments to the REIT regime to ensure tax is paid on property gains.

Caution exercised
Minister Donohoe has, by necessity, delivered a cautious Budget in the shadow of Brexit, abandoning tax cuts and welfare rises. This is to be commended, particularly as it is the last Budget before a general election next year. The Minister has stated they have been preparing for Brexit since 2016, “But make no mistake, no-deal will be challenging. But it is a challenge Ireland has the measure of.” Let’s hope he’s right.

NB: The above is a broad outline of the measures introduced in Budget 2020. The technical detail will be contained in the Finance Bill which was due to be published on October 17, 2019. It is highly likely that the Finance Bill will contain additional measures. Readers are advised to take professional advice tailored to their specific circumstances before acting on anything contained in this article.