The multi-billion dollar company that owns Turbo Tax rose to the top of the tax preparation software industry by stonewalling government efforts to offer free tax filing services to individuals for the past two decades.

A ProPublica investigation found Intuit has used a free version of Turbo Tax to still get filers to pay for services, as well as to trap them into buying products they don’t need.

The success of Turbo Tax, which along with competitor H&R Block commands 81 percent of all individual returns filed using tax preparation software, would likely dry up in a flash if the IRS did what other wealthy nations did long ago: make tax filing simple, easy and free for most citizens, reports ProPublica. 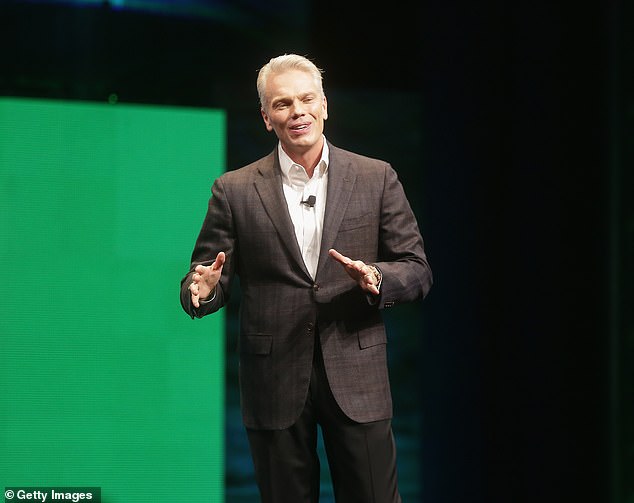 Former Intuit CEO Brad Smith (pictured above), who stepped down last year and is now executive board chair, saw his stake his $20 million stake in the company balloon to $220 million before he left the top position. The company is accused of lobbying the IRS and Congress to stop a free tax filing system 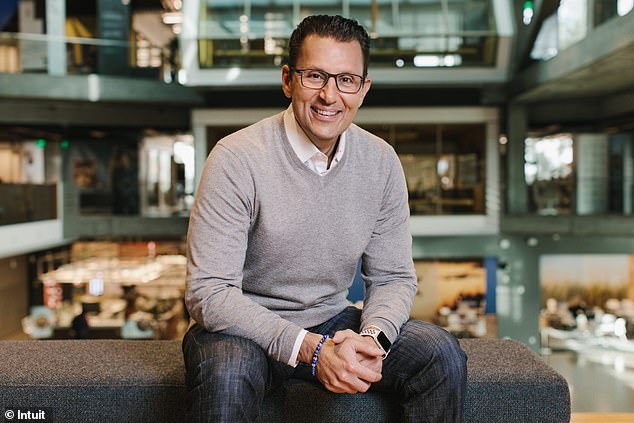 Intuit’s new CEO, Sasan Goodarzi, is pictured above. Goodarzi in a video to employees says the company will continue to ‘work with the IRS and members of Congress’

Internal company and government documents, along with interviews with insiders, reveal how Intuit spent the last 20 years lobbying government and elected officials from rolling out such a plan. Intuit recruited lobbyists and hired former regulators who oversaw its business to kick back and stymie all efforts to make tax filing free.

The internal documents show Intuit’s tactics for fighting ‘encroachment’, a term used by the company to describe every time government officials wanted to proceed with free tax preparation services.

This included the creation of a free government filing system, and an effort that allowed for pre-filling returns with payroll or other data that is already kept by the IRS.

‘For a decade proposals have sought to create IRS tax software or a Return Free Tax System; All were stopped,’ says a presentation from a Intuit board of directors meeting that was obtained by ProPublica.

The company’s 2014-15 plan called for ‘buying ads for op-eds/editorials/stories in African American and Latino media,’ according to an internal PowerPoint slide.

It also lays out a plan for drumming up third party, grassroots support to battle against government-sponsored, free tax service plans, which opponents, including Intuit, view as a conflict.

A ‘government-run pre-filled tax preparation system that makes the tax collector (who is also the investigator, auditor and enforcer) the ‘tax preparer’ is fraught with conflicts of interest,’ an Intuit spokesman said in a statement sent to ProPublica.

The spokesman declined to specifically comment on the news outlet’s investigation. 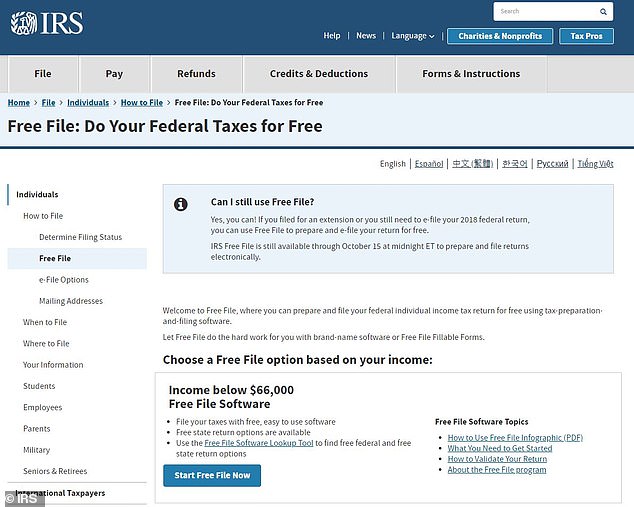 Intuit has battled back the government’s efforts to provide free, easier tax preparation services to Americans by targeting the IRS’ ‘Free File’ program (pictured above), set up in 2002

Intuit has battled back the government’s so-called encroachment by targeting the IRS’ ‘Free File’ program, set up in 2002. Intuit and other tax prep providers agreed to provide free online filing to low-income and needy Americans, in exchange for the government dropping plans to create its own, no-cost site.

Intuit is alleged to have tried to limit Free File’s reach, which could go into the tens of millions, while ensuring the government stuck to its word about not creating its own free service. ProPublica previously reported how Intuit coded its website in such a way that a Free File landing page was kept hidden from Google and other search engines.

Then came a free version of Turbo Tax 12 years ago, that has proved not to be exactly no cost to users who found that they had to still spend as much as $200 to get their taxes filed. 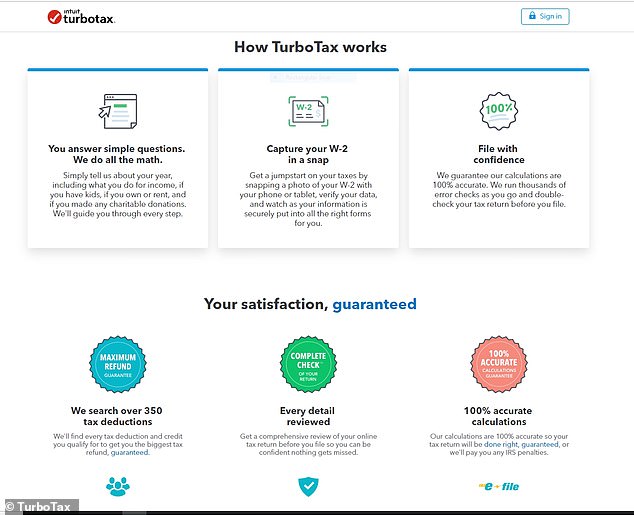 The company also resorted to using ‘dark patterns,’ which fool users into doing things on the Turbo Tax website that they did not set out to do, a tactic that former employees say brought in many more customers into Intuit

According to ProPublica’s investigation, the company also resorted to using ‘dark patterns’, which fool users into doing things on the Turbo Tax website that they did not set out to do – a tactic that former employees say brought in many more customers into Intuit. The marketing move preys on the fears Americans have over paying their taxes on time and properly.

Company documents show Intuit was aware it was misleading filers. 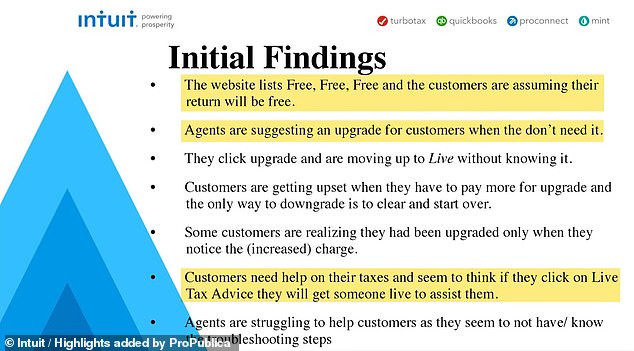 Company documents show Intuit was aware it was misleading filers. The image above from a company PowerPoint says customers are ‘assuming their return will be free,’ and that customers are getting upset’

‘The website lists Free, Free, Free and the customers are assuming their return will be free,’ says a company PowerPoint on results of an analysis of customer calls this year. ‘Customers are getting upset.’

Intuit’s efforts appear to have paid off, with Americans investing almost two billion hours of their time and spending $31 billion to get their taxes done on an annual basis. Free file, which at its peak had 5.1 million users, is now down to 2.8 million, according to ProPublica.

In the meantime, former CEO Brad Smith, who stepped down last year and is now executive board chair, saw his $20 million stake in the company balloon to $220 million before he left the top position. Co-founder Scott Cook, saw his fortune shoot up to $3.3 billion, making him one of the wealthiest persons in the US.

Intuit would have seen the Free File deal with the IRS become law this year, if it had not been for an outcry over ProPublica’s reporting on the matter and the company’s treatment of customers. State and federal investigations into Intuit’s practices also were launched.

Despite the setback, Intuit appeared undeterred that it would still prevail in its efforts.

‘What we’re not gonna do is fight this publicly because that is exactly what they want us to do,’ said Sasan Goodarzi, Intuit’s new CEO, in a video released to staff this May and obtained by ProPublica.

‘We are actually working with the IRS and members of the Congress to ensure that the facts are very clear.’

The multi-billion dollar company that owns Turbo Tax rose to the top of the tax preparation software industry by stonewalling government efforts to offer free tax filing services to individual filers for the past two decades, says a new investigation. Intuit’s Turbo Tax logo is pictured above. 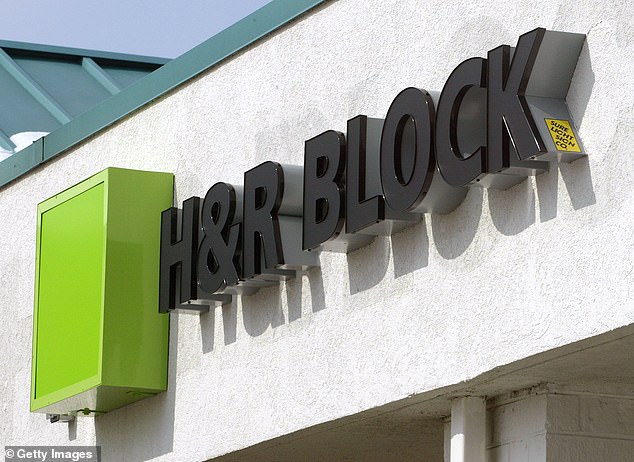