European Commission President Jean-Claude Juncker has said the EU has done “all in its power” to ensure an orderly Brexit, but said the bloc would await British parliamentary approval for a new divorce deal before ratifying it.

Expressing regret that Britain planned to leave the EU on 31 October, Mr Juncker said: “At least we can look ourselves in the eyes and say that we have done all in our power to make sure that this departure is orderly.”

Speaking to the European Parliament in Strasbourg, Mr Juncker added: “We need now to watch events in Westminster very closely.

“It’s not possible, not imaginable that this parliament will ratify the agreement before Westminster will have ratified the agreement”.

It comes as British Prime Minister Boris Johnson faces two pivotal Brexit votes in parliament today, that will decide if he can deliver on his pledge to lead the UK out of the EU in nine days time.

After he was forced by opponents into the humiliation of asking the EU for a delay that he had promised he would never ask for, Mr Johnson is battling to ram legislation through the House of Commons that will enact his last-minute Brexit deal.

In yet another day of high Brexit drama, MPs will vote at around 6pm this evening on the 115-page Withdrawal Agreement Bill and then vote on the government’s extremely tight timetable for approving the legislation.

“I hope parliament today votes to take back control for itself,” said Mr Johnson.

“The public doesn’t want any more delays, neither do other European leaders and neither do I. Let’s get Brexit done on 31 October and move on.”

Defeat in either vote would scupper Mr Johnson’s plans to leave the EU – “do of die” – on 31 October. 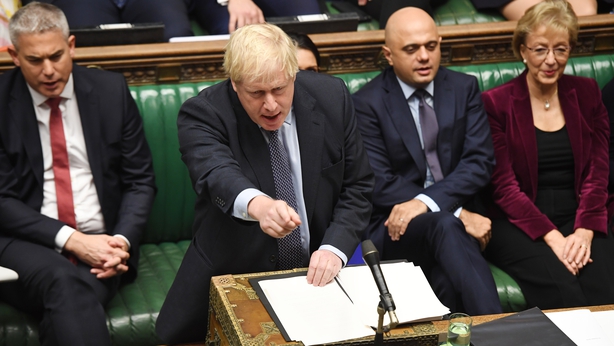 He would then have to decide whether to abide by a law that demands he accept any Brexit delay offered by the EU or somehow leave without a divorce deal.

Victory, while an imperfect indicator of possible support, would simply open up another opportunity for opponents to ambush the government with amendments that could wreck Mr Johnson’s plans.

Under the government’s current plans, the legislation would be rushed through the House of Commons in just three days.

Previous bills to implement major European treaties have taken between ten and 40 sitting days to get through parliament, according to the Institute of Government.

A spokesman for Mr Johnson said that if the legislation strayed too far from the deal, then its ratification would be placed in question.