— Sen. Elizabeth Warren is likely weighing a mix of taxes, spending cuts and other budget options to pay for a single-payer health plan.

A message from PhRMA:

FACT: Speaker Pelosi’s drug pricing plan would siphon $1 trillion or more from biopharmaceutical innovators over the next 10 years. CBO’s preliminary estimate found this bill “would result in lower spending on research and development and thus reduce the introduction of new drugs. Get the facts

WELCOME TO WORLD-SERIES PULSE — Where we want to know your pick to win it all. Nationals in five? Nationals in four? Nationals in… three? (Remember, Trump promised to make Washington more efficient.)

Alice Miranda Ollstein is pinch-hitting on PULSE tonight; find her at aollstein@politico.com. Your regular author, ddiamond@politico.com, returns to the mound tomorrow.

HOW WARREN COULD PAY FOR MEDICARE FOR ALL — The ascendant presidential candidate famously touts a plan for everything — expect for how she’ll pay for universal coverage, a point of growing acrimony in the Democratic primary as rivals pile on. (Warren has promised that details are coming soon.)

But lawmakers, health policy wonks and academics say that Warren has credible options to pay for the plan, POLITICO’s Alice Miranda Ollstein writes, with some of the following ideas under consideration:

— Tax the rich: The idea would appeal to Warren’s progressive supporters and help raise significant revenue. But taxing the wealthy alone likely couldn’t cover the cost of totally overhauling the health system.

— Limit the benefits: The benefits in Sen. Bernie Sanders’ Medicare-for-all proposal, which Warren says she supports, are more generous than government-run health plans around the world. But if Warren waters down Sanders’ proposal, she’s likely to face attacks from centrists who will call her a flip-flopper and progressives who will claim she doesn’t go far enough.

— Squeeze doctors and drug companies: Leveraging the government’s negotiating power could result in massive savings — but the provider and pharma lobbies have a long history of staving off cuts and reforms.
Alice also teases out ideas like raising payroll taxes, cutting military spending and using future savings to pay for the plan.

HOUSE OVERSIGHT: WE’RE NOT BACKING OFF HEALTH INVESTIGATIONS — The acting leader of the Democrat-led committee, which has launched multiple probes into the health care industry and HHS policies, vowed Monday to keep those investigations moving forward.

— What acting chair CAROLYN MALONEY said: “From the high costs of prescription drugs to the horrid treatment of migrants at our southern border, we will keep shining a spotlight on this Administration’s actions and continue to advance the For The People agenda,” the New York Democrat said in a statement.

While drug pricing is the current top health focus, “oversight of the Trump Administration’s damaging health care policies and the decisions coming out of the Department of Health and Human Services will also remain a priority for the Committee,” a Democratic aide told PULSE.

— ELIJAH CUMMINGS, who passed away last week while serving as chair, had opened probes into the Trump administration’s stance in an Obamacare lawsuit, HHS’ changes to the federal family planning program and other Trump-era health policies. His final action was to subpoena the Trump administration over its decision to tell hundreds of critically ill undocumented immigrants and their families that they would be deported. (The administration subsequently walked back that decision.)

TRUMP TELLS AZAR TO ‘SPEED IT UP’ ON DRUG IMPORTATION — The president’s remarks, which came in a Cabinet meeting yesterday, were his latest public embrace of the idea.

“We’re continuing to work on your scheme to bring drugs in from Canada — to import drugs — and how we can make sure we’re getting the same kind of deals for the American senior that other developed countries are getting,” Azar told the president.

“I’d like you to speed that up, Alex, if you could,” Trump replied. “Really speed it up.”

— Trump’s interest has been driven by a request from Florida Gov. Ron DeSantis, a Trump ally who’s pushed the idea and is seeking HHS permission for a state importation plan.

Trump in May directed Azar to work on DeSantis’ request, although one person familiar with the meeting said that Azar wasn’t enthusiastic about the idea. Azar last year called drug importation a “gimmick” but he’s since signaled his support for the policy.

— Azar also touted regulatory rollbacks at HHS in the Cabinet meeting and afterward on Twitter.

“We’ve delivered $12.5 billion of regulatory savings. That’s over half of the entire government,” Azar said in the meeting. “We have freed up 40 million hours of doctor and nurse time to not be doing paperwork.”

— Meanwhile: Azar to talk rare diseases today. He’ll give the keynote this morning at the Rare Diseases and Orphan Products Breakthrough Summit. 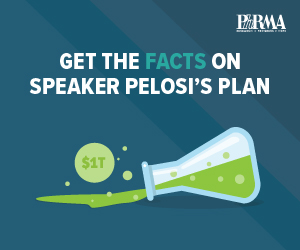 ICYMI: The $260 million deal to avoid an opioid trial. Major drug companies and distributors reached a late-breaking settlement with two Ohio counties over their alleged role in the opioid epidemic hours before the first federal trial was set to begin Monday.

Up next: State AGs, drugmakers push for major opioid deal. Four state attorneys general are pushing for cities and towns to quickly agree to a $48 billion settlement over thousands of opioid lawsuits, POLITICO’s Susannah Luthi writes. But it’s unclear whether the terms are acceptable to more than 2,500 municipalities behind lawsuits that have been consolidated before a federal judge in Cleveland.

FREEDOMWORKS spends record sum to fight health bills. The conservative group spent $2.7 million on lobbying from July to September, driven largely by efforts opposing Medicare for All, prescription drug price reforms and surprise billing legislation. The spending — a quarterly record for FreedomWorks — came as it ramped up its activism to fight efforts by both congressional Democrats and Republicans, as well as the White House, to overhaul parts of the health care system.

“If there’s a bad bill that comes up, we will engage on it,” said Jason Pye, FreedomWorks’ vice president of legislative affairs. “This was certainly one of those occasions we had a bunch of bad bills that had been introduced.”

The $2.7 million is up from just $700,000 in lobbying expenses from April to June. In addition to opposing Democrats’ drug price bill and various coverage expansion proposals, FreedomWorks has also panned Trump’s plan to tie the cost of some drugs to the prices paid abroad, and bipartisan surprise billing proposals.

A message from PhRMA:

Speaker Pelosi’s plan is the wrong approach for patients, the U.S. health care system and American innovation. The projected economic impact of the plan could represent a tipping point that would shift biopharmaceutical R&D, manufacturing investments and jobs abroad. We do not need to blow up the pipeline for future treatments and cures to make medicines more affordable. Instead, policymakers should pursue practical policy solutions that foster continued research and development and share negotiated savings with patients at the pharmacy counter. Get the facts

— Urbanowicz was one of Azar’s first hires in January 2018, where he was tasked with remaking an HHS that had lacked a permanent leader since Tom Price’s scandal-ridden departure nearly four months earlier. Much of that job dealt with revamping the culture of the department — a process he views as now largely complete.

“The thing there was to come in and say the secretary, A) has an agenda, and B) this is a secretary who is very much by the book, things are going to be done by the book and we’re going to follow all the rules,” Urbanowicz told Adam.

— Yet for all the administration’s focus on Obamacare and drug pricing, Urbanowicz argues HHS’ most notable accomplishment under Azar is its less-noticed tweaks to the health care delivery system — like its payment models for kidney care. “While they’re just little experiments now, I think they have a great opportunity to change the way we pay for things in a way that is transformative,” he said.

FIRST IN PULSE: Progressive strategists tell lawmakers to stress Pelosi’s drug bill. Navigator Research’s new memo argues that House Democrats’ bill to lower prescription drug prices is a political winner and urges lawmakers to better communicate to the public — who generally haven’t been following the Capitol Hill fight — what the bill would do.

Citing its new poll, Navigator says Democrats have a 20-point-plus advantage over Trump when it comes who the public trusts to make drug prices more affordable. But just 11 percent of respondents said they’d heard a “lot” about drug-pricing efforts in Congress.

— Frame their work as “lowering” drug costs, not “regulating” pharmaceutical companies.
— Get wonky about how the plan would work, but only after hammering the core message of what it would mean for patients.
— Remind voters of the outsized political influence drug companies have through lobbying and campaign spending.

Meanwhile: House Ways and Means will take up a version of Pelosi’s sweeping drug-price package this morning that closely mirrors the version advanced by the Energy and Commerce Committee last week.

Scientists have developed a new way to edit DNA that makes it easier to safely re-write genes and is designed to overcome some of CRISPR’s limitations, NPR’s Rob Stein writes.

A global commission this week is expected to announce that type 3 polio has been eradicated, STAT News’s Helen Branswell reports.

A group of vape shops in Utah are trying to block the state health department from enacting an emergency ban on flavored e-cigarette products, the Salt Lake Tribune’s Sean Means reports.