WELL, here we are on the eve of Halloween week. Is anyone else as unsurprised as I am about the fact that we still haven’t managed to leave the EU by the latest deadline that was set?

Just when it looked like finally there was some progress on Tuesday — when the Commons voted for Boris’s new deal — Parliament, with Jeremy Corbyn and the Labour party’s encouragement, voted (again!) for delay and, even worse, handed over control of what happens next to the other EU member states.

Corbyn has also been stalling on agreeing to a general election — saying Boris must assure Westminster there would be no chance of No Deal.

He has caused untold damage to the country, destroyed any chance of an orderly exit from the EU and now won’t even let the British people have a say in an election.

What does he want? Early this year he was demanding a general election and now he has the chance to fight one he has refused it.

To make matters worse, the member states are also stalling — saying they can’t make a decision on the length of the next Brexit delay.

IT WAS NEVER JUST YES OR NO

For me, the problem with Brexit is that it wasn’t properly defined. When the nation voted on whether or not to leave the EU, it was boiled down to the simplest possible question and answer: Yes or No.

So the die was cast and we voted to split with the EU. But that’s the thing about divorce.

Between the time you say you want one, and the time you actually get your decree nisi there is a whole lot of pain as the time is filled with blame, retribution and name-calling.

Because of the lack of clarity from the vote on what it meant to leave, no one thought about the most important aspects, the red lines, of how Britain should leave the EU.

It didn’t need a clairvoyant to predict that lots of those different Brexit visions would be fundamentally incompatible.

We can’t stay in the customs union and have complete control of immigration.

We can’t have no hard border on the island of Ireland (as per the Good Friday Agreement) and also leave the single market. I could go on.

The point is that the nation answered Yes or No to something that — it turns out — our politicians have decided to interpret in multiple ways.

And that has been the fundamental problem.

Because MPs have been unable to compromise in order to find a deal that pleases them enough for it to be passed. And the public despair.

Politics only functions effectively when a party has a clear majority to get their legislation through government. And this one doesn’t.

It’s no surprise that neither party has a clear majority while they are being led by the more extreme and dogmatic elements.

I was in the House of Lords and the House of Commons on Wednesday and the contrast in atmosphere between the two is stark.

Politicians in the Commons don’t listen or pay each other any respect.

And the amount of average front bench MPs on both sides is shameful. No wonder we have stalemate.

There is an unbridgeable gulf between Leavers and Remainers, and an inability among politicians to compromise.

We’ve either got to leave with No Deal or we have to revoke Article 50 altogether.

There is nothing in between, no room for compromise or pragmatism. As a result, we are paralysed. So the answer has to be to have a general election.

Because only with a majority government can we put an end to the Brexit misery.

Although who relishes the prospect of voting on a dark December night? Least of all Jeremy Corbyn, the only Opposition leader in history who has refused the offer of an election more than once.

It’s no wonder when you look at the polls. He’s unelectable, but still using his position to block Brexit and stop us from getting on with it.

Until there is an election we remain in this terrible limbo. I voted Remain but, like most people, now I just want it over with.

Politicians must stop using Brexit for their own political aims.

If they don’t soon come up with a solution, the risk is that people are increasingly likely to vote for extreme options in a bid to make it stop.

And that is a scary prospect.

Why would you want to be unrecogniseable?

WHEN it comes to life choices I am a big believer in the live and let live school of thought.

And if people choose to have cosmetic surgery because it makes them feel better, that’s their choice.

But in the latest photos of Lauren Goodger her flawless complexion and insanely pillowy pout are so extreme I didn’t realise it was her.

Which, to me, raises the question of why anyone would want to render themselves completely unrecogniseable?

Vandal a cause for concern

IT is ironic that one of the most important causes of our time – climate change – is being eclipsed by the behaviour of the very people professing to be addressing the issue.

Following last week’s debacle with the protestor on the Tube at Canning Town, this week a jobless Extinction Rebellion protester who spray-painted a war memorial has been ordered by a judge to pay £750 as punishment for “senseless vandalism”.

And protestors who act like this wonder why we have no sympathy for them.

Meanwhile, this year’s ongoing Extinction Rebellion protests have so far cost the taxpayer £37million, it emerged this week.

Sure, their argument would be that the cost to the taxpayer will ultimately be a lot more than that if we do nothing about climate change.

But these tactics and statistics make me seethe with anger.

I, like most of us, have to go to work so people like O’Malley can choose instead to spend their time damaging a memorial dedicated to heroes who sacrificed their lives so that, ironically, yobs like him can enjoy freedom.

In my view a fine is not enough. His benefits should be stopped and he should be jailed for such a disgraceful and disrespectful act.

Make no mistake, stopping climate change is essential for all of our futures.

But these tactics are not only distracting and damaging to that cause; they are actively counter productive.

Keep an eye on appy children 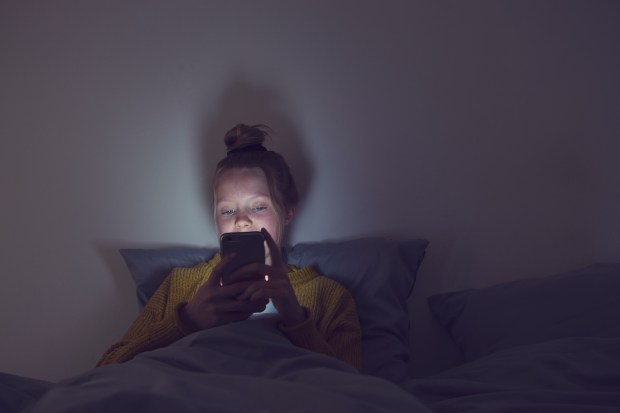 THE news that teenagers who use social media for three hours or more a day struggle to get to sleep before 11pm on school nights is hardly surprising.

But put together with another story this week showing that the number of children aged between eight and 12 with anorexia has doubled (with the rise blamed partly on social media), it is a good reminder that we should all keep an eye on our children’s phone use.

ANYONE else catch Nigella Lawson’s ultimately down to earth confession that she followed up an evening of fine dining at Noble Rot, a snazzy award-winning restaurant in London, by eating a bag of pickled onion Monster Munch in bed.

You’ve got to love the fact that after eating oysters, black pudding and venison Nigella has a Monster Munch nightcap.

I am fully supportive. It’s just that, well, in bed? I can think only of the crumbs. 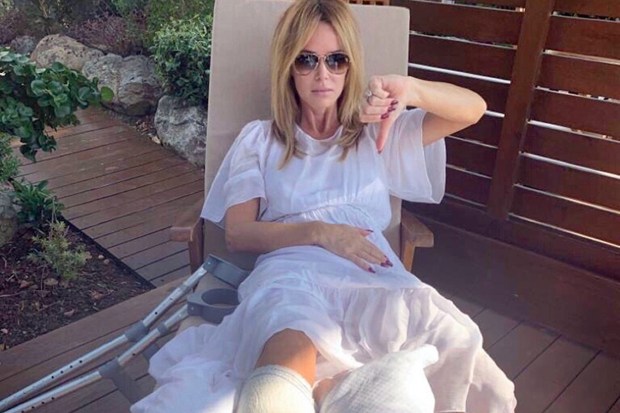 SO sorry to hear about Amanda Holden’s bad luck breaking her leg on holiday at half-term.

But if her cloud has a silver lining it is surely the fact that there are not that many people who could manage to look quite so glamorous with a leg that’s broken in two places.

Terror delay out of order

THIS week it was announced that jail sentences for terrorists will be increased.

The Sentencing Council will propose changes to its guidelines after Parliament passed a new anti-terror law earlier this year which allowed for longer terms of imprisonment.

Under the moves, the “starting point” for judges when jailing someone for “encouragement of terrorism” will double to ten years in the worst cases.

THE SUN ON SUNDAY SAYS

Boris is right – Jeremy Corbyn is holding the country to ransom

Even from opposition Corbyn is paralysing, hurting and enraging Britain

The range of jail terms for that offence will run from seven to 14 years, instead of the current four to six years. All of which seems eminently sensible.

But isn’t there something wrong with the fact that laws to delay Brexit get passed in hours, yet laws like this take months?