A law meant to help councils combat the effects of second home ownership on communities is doing exactly the opposite, it has been claimed.

Since 2016, councils have been able to raise a premium on council tax on second homes, with money used to boost affordable housing.

But rising numbers of second homes are being designated as businesses, meaning owners pay no council tax at all.

The Welsh Government said councils are best placed to address the issue.

Abersoch, Gwynedd is well known as the “second home capital” of north Wales. A beach hut could set you back over £100,000 with houses selling for far more.

There are worries buying is out of the question for many local young people.

A growing family business, this company prides itself in giving home owners and holidaymakers a personal service.

Around half of its clients designate their homes as businesses which means they pay no local taxes, as long as their holiday home is let for 70 days a year and available to let for 140 days. As small businesses, many are also exempt from paying business rates.

“It’s the way the properties are staggered in terms of council and business rates – if a property is making an income then its considered a small business. They’re bringing in money and people who are spending money in the local area so I consider it to be OK”.

Plaid Cymru has been campaigning for a change to the law.

The party’s Arfon assembly member Sian Gwenllian called it an “unfair loophole” and said it added to pressures on housing for local people, with prices becoming “completely unaffordable”.

She added: “They have no choice but to leave the area or live in poor rented accommodation.

“There are 2,000 people on social register waiting for housing in Gwynedd, then you have another 1,000 who have found a way of paying no tax at all. It’s scandalous that this is allowed to happen.” 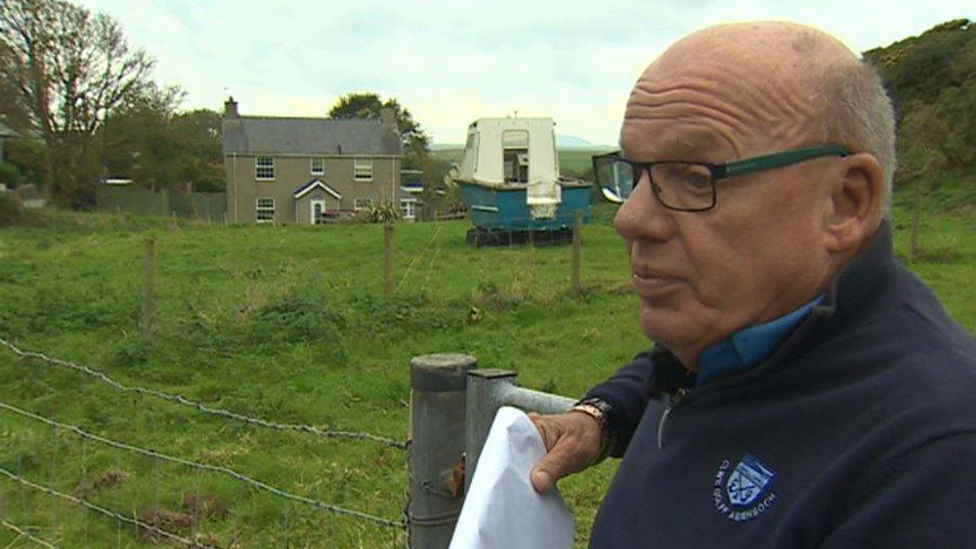 I’m sad, because I don’t want to see her go.

At nearby Llanengan, local councillor and pub landlord John Hughes thinks amending planning laws to make it easier for young people to build their own homes is one answer.

It’s an issue close to his heart, with one of his daughters choosing to move to New Zealand.

“She can’t afford to live in Abersoch, she’s renting at the moment – she’s a chef with schools and enjoys it but there’s nothing for her here, she can’t afford the rent. I’m sad, because I don’t want to see her go.”

Gwynedd Council has around 5,000 second homes – more than other county in Wales.

Gwynedd council leader Dyfrig Siencyn said: “We are asking Welsh Government to make an amendment to the local government finance act so we prevent domestic dwellings from transferring into business properties – which then means they do not pay any tax at all in most cases”.

The Welsh Government said it did not agree that there was a loophole in the law.

A spokesperson said there was “specific letting criteria which owners must meet for their property to be treated as self-catering accommodation”,

“Local authorities are best placed to address this issue and that is why we have given them the discretionary power to charge premiums to up to 100% on the council tax of long-term empty and second homes in their area to use alongside the other powers available to them,” the government added.