Maryland was recently named one of the worst states to retire.

As Baby Boomers retire, many are leaving Maryland for states with no income tax, like Delaware and Florida. Governor Hogan wants to keep people from leaving the state by removing that tax burden.

“This legislation will provide tax relief to 230,000 Marylanders, is the largest tax reduction in Maryland in more than two decades, and it will keep tens of thousands of Maryland retirees from being forced to flee our state,” the governor said. “As long as I am governor, I will continue to fight to make it easier for Maryland families, small businesses, and retirees to stay in our state, and to make it easier for all Marylanders to keep more of their hard-earned money.” 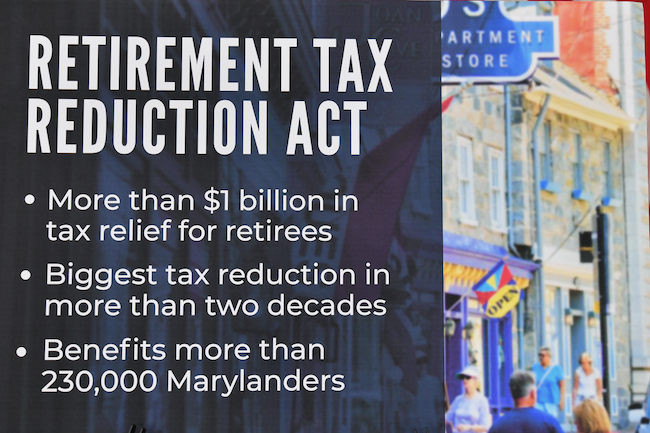 Governor Hogan has also proposed a law to benefit retired first responders. The Hometown Heroes Act of 2020 would axe the tax on the retirement income of fire and rescue, corrections, law enforcement, and emergency response personnel. Both laws will be introduced during the 2020 Maryland Legislative Session, which began on January 8, 2020.

Would this entice you to stay in Maryland after you retire? Tell us in the comments!