Janette Fishell said she could remember hearing bells when she walked around campus as a student. She said hearing them ring was an ordinary part of her daily college experience.

Now Fishell is the chair of the organ department in the Jacobs School of Music. After the Arthur R. Metz Bicentennial Grand Carillon was rung for the first time at 11:45 a.m. Monday, she can hear the bells again.

The ringing of the new carillon was part of IU’s bicentennial celebrations. The original carillon, the Arthur R. Metz Memorial Carillon, was dedicated in 1971 and stood south of 17th Street near Evermann Apartments. It was far from campus and deteriorating due to being exposed to outside conditions. Patrick Fischer, organ curator at IU, said this contributed to the original carillon’s early demise.

The revamped carillon is now in a more central location on campus, in the middle of the IU Cox Arboretum. It also has four new bells, going from 61 in the original to 65, which gives it its status as a grand carillon. The term “grand carillon” is used by carillonneurs to denote carillons with extra bass notes extending to a low G, according to an IU press release.

Monday’s event began with IU alumnus and carillonneur John Gouwens playing IU’s alma mater. The crowd grew from about 20 to more than 100 people. The temperature was 19 degrees, but the inside of the carillon was heated for those who played.

After Gouwens played, IU President Michael McRobbie, his wife Laurie Burns McRobbie and Provost Lauren Robel ascended the stairs to ring the bells. The bells were to be rung once a minute for 200 minutes for IU’s bicentennial birthday. More than 20 people, including music school students, rang the bells.

Sophomore Nolan Snyder said he was excited to play the carillon at the event. He said he hasn’t played the instrument before but can play the organ, which is similar.

Provost Lauren Robel is funding two associate instructor positions to learn and teach the carillon in the future.

Fishell said people should be able to hear the carillon from as far away as the Showalter Fountain.

Fishell said the event was purposefully scheduled on Martin Luther King Jr. Day. She said the sound of bells is associated with proclamation of freedom and justice, which is part of what MLK Day stands for.

She said she hopes IU can become a leader in carillon playing in the country and that the vibrant carillon culture returns to Bloomington.

The carillon will be dedicated at 4 p.m. April 26.

The honorary doctorate is the highest academic achievement IU can offer. 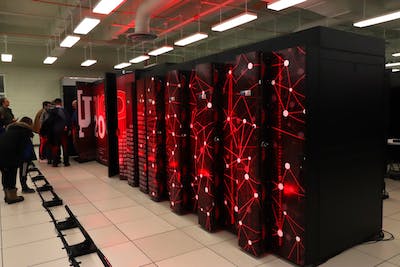 The new supercomputer will be eight times faster than its predecessor, Big Red II.