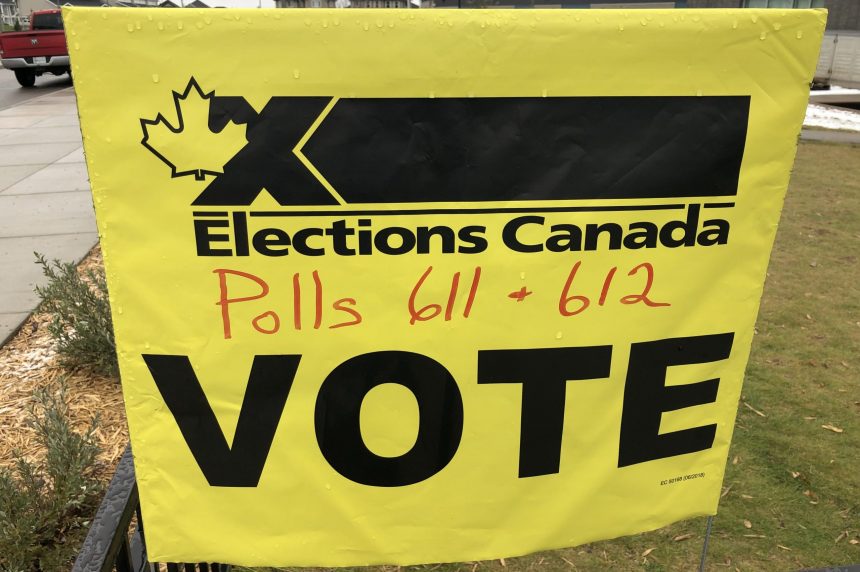 A political scientist at the University of Regina says there could be a number of factors into why a record-breaking 4.7 million voters cast ballots at the advance polls.

However, he says it could also be because races are tight. During the last federal election, 70 ridings saw the winner and runner-up candidates separated by five per cent of the vote.

Elections Canada has also made it easier to vote in advance polls. Farney says there was once a time when an elector needed to provide a letter explaining why they couldn’t cast their ballot on Election Day.

Farney used voter registration as another example of how voting has required less effort. Getting on the list is easy and once you’re on, you stay on permanently, he says.

As well, there has been an effort to ensure that a lack of proper ID hasn’t been a barrier to voting, he added.

When it comes to age groups, Farney said young people tend not to vote, along with those aged 75 or older.

“Young people, it’s dissatisfaction and lack of information. Once you get over 75, you have mobility problems and it’s harder to get to a polling place,” he said.

“So we’re experimenting with mobile polls that will go to an old-age home or go to a seniors’ apartment and set up for the day.”

In the past week of the campaign, Farney has noticed parties change their messaging, from those of issues and policy to urging their bases to show up.

Technology has made it easier for parties to get out the vote, Farney said. There’s social media but also databases of voter information.

“Elections Canada produces what they call bingo sheets. They don’t track how you voted but they track whether you voted or not,” Farney said.

“Those are almost shared in real time on election day with the parties and it lets the parties cross-reference: ‘So-and-so hasn’t voted yet and they said they support us on the doorstep, we’d better contact them and make sure they get out to the polls.’ That sort of technological feasibility might be part of this push in turnout we’re seeing.”