By Ashwin Hemmathagama – Our Lobby Correspondent

The Vote on Account (VoA) for Rs. 1,470 billion for capital and recurrent expenses of the Government received House approval yesterday in Parliament with amendments.

Moving the Motion, the Minister offered more benefits for both State and private sector employees with effect from December including immediate tax reductions and increments. “Starting from December we will be replacing the ‘bata’ of Police officers from 14 days to 20 days. 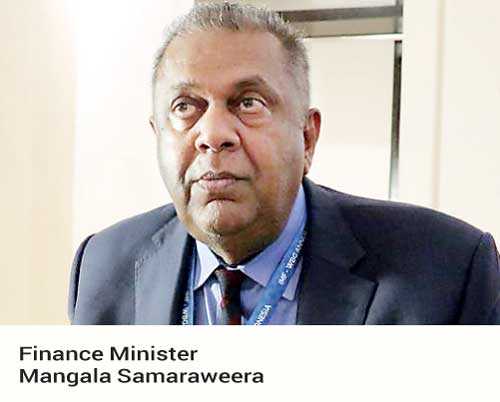 “We are extending the benefits for State sector in anticipation of increased efficiency and quality. The State employees receive these benefits from public money. I request the State employees to increase their commitment and avoid corruption. I reject the forces disrupting the public life and services by taking refuge in trade unions. It is important that we continue to work without strikes seen during the recent past,” he said.

Listing the salary and allowance increases made since 2015, the Minister said: “We added Rs. 10,000 allowance to the State employees from our maiden Budget in 2015. With the other increments the average salary of a State employee has gone up by 250% during the last five years. No other Government in the past could give such benefits to its people. Not to forget the pensioners, we have increased their pensions in July. We were able to control inflation. Sri Lanka records the lowest inflation of 4% in the South Asian region.”

According to Minister Samaraweera, the Government coffers received Rs. 1,195 billion income in 2014 and it was increased to Rs. 2,357 billion by 2019. “We have increased the PAYE tax bar to Rs. 100,000 from Rs. 62,500. We removed essential items from VAT. There are 14,022 Grama Niladharis in the country and we have increased their office allowances to Rs. 1,500 followed by the travelling allowance, stationery allowance, and uniform allowance,” he said.