On Friday, millions of people around the world got together to celebrate Valentine’s Day – and according to comparison website Finder, looked set to splash even more cash on their loved ones, what with the average spend increasing from £28 per person in 2018 to £35 per person in 2019.

Because when you love someone, you invest in them right? This is Money spoke to a selection of fund managers about the stocks they currently love the most and which have been a key driver in the performance of their fund or trust.

Games Workshop is the global leader in table top miniature gaming with a long-standing reputation for producing 30 million high quality miniatures per year for its iconic Warhammer worlds. 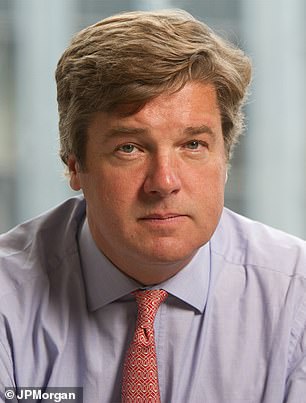 The company is differentiated by its scale, expertise and control of every aspect of its brands and products from concept and design to manufacture and distribution.

Such barriers to entry enable the company to earn very healthy profits with little competitive threat.

Whilst niche, the company’s products have a genuine global fan base with more than three-quarters of sales now coming from overseas.

The company keeps a very low profile with the City; consequently many newcomers to the company are surprised to learn that it has a market capitalisation over £2billion.

The company has a very strong balance sheet and excellent cashflow, much of which is returned to shareholders through quarterly dividends. Despite the shares rising by more than 50 per cent in the 9 months we have held it, its exciting growth prospects are likely to result in it being a long term holding for us.

Aveva sells computer-aided design software and product lifecycle management products and is a favourite stock for a number of reasons. Its end markets are structurally growing driven by the digitalisation of industrial processes. 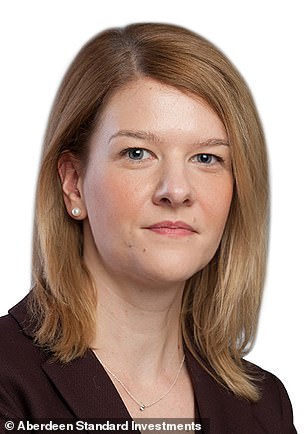 Their broad base of 16,000 customers come from a wide range of industries but a common factor is their desire to benefit from digital solutions that enable greatly improved designs, lower costs and increased safety.

This is a trend that looks only set to continue and the addressable market is huge, estimated at £15billion and growing.

In early 2018 Aveva merged with Schneider Electric Software in a highly attractive deal that extended the product offering and access to new customers.

This helped drive outperformance of the shares and there remains significant synergy benefits from the deal to be realised.

Dunedin Income Growth has held the shares since January 2015. We have increased the holding over the years to its current 2.2 per cent weighting in the trust.

I bought into Diageo in 2006 after the disposal of its non-beverages operations (Burger King and Pillsbury food company). 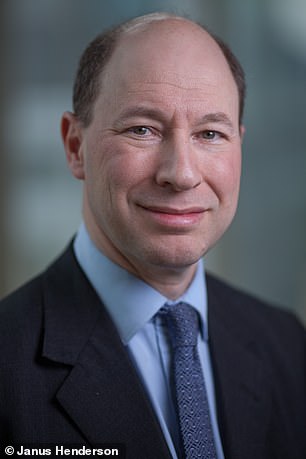 I thought it would benefit from focussing on alcoholic beverages where it had strong brands such as Johnnie Walker, Smirnoff and Guinness, and a global presence.

So it has a truly global presence with a mixture of developed as well as emerging markets.

Since 2006, Diageo’s share price has risen from £9 to the current level of around £32. At the end of January this year, Diageo was the trust’s fourth largest holding.

Smith & Nephew is a medical equipment manufacturing company. It is the global number two in growth areas such as sports medicine and advanced wound management. 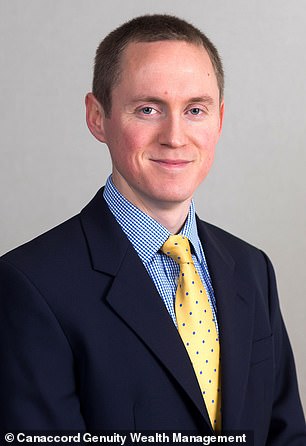 It has undergone a big reorganisation, reducing costs in slower growth areas to redeploy elsewhere.

This was a strategy deployed by Namal Nawana, who joined as CEO in May 2018 – he has tried to re-establish growth, which was erratic under the old CEO.

He also wanted to improve margins. Growth increased from 2 per cent to 3.5 per cent which might appear unremarkable but is promising as S&N was previously guilty of not achieving its own growth forecasts.

However, it was announced in October 2019 that Namal was stepping down by mutual agreement following a disagreement over remuneration and the share price reacted accordingly.

However, it’s been announced his successor is Roland Diggelmann of Roche Diagnostics so considered a strong appointment. From a valuation perspective, the softening of the share price presents investors with an opportunity.

If growth remains above 3 per cent it should be able to improve margins.

Aerospace equipment supplier Meggitt has been very much unloved due to the volatility in its aftermarket growth and numerous troughs.

It suffered from a trough of aircraft retirements and associated spares due to a high oil price in 2012 and 2013. 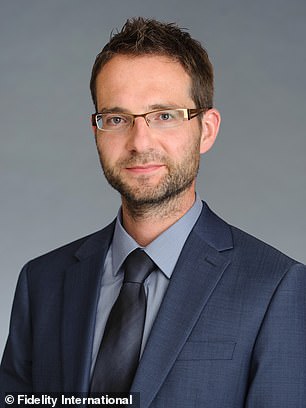 The large wave of 2015-18 new equipment sales to new planes were also not yet generating any aftermarket revenues despite the significant upfront investment.

Business and regional jet end-markets had also been at trough. The company therefore trades at a large discount to peers and other high sales visibility stocks.

Our intensive proprietary work on the company gives us confidence that a significant positive change is underway. Externally, the retirements and spare parts market is normalising and new plane sales are driving aftermarket growth.

The company is also driving positive change internally; a re-organisation of its production footprint is set to boost margins whilst the company is also enjoying an increasing number of wins on new aircraft build programmes.

The impact of climate and environment as a driver of company cash flows remains under-researched and underestimated by most market participants. 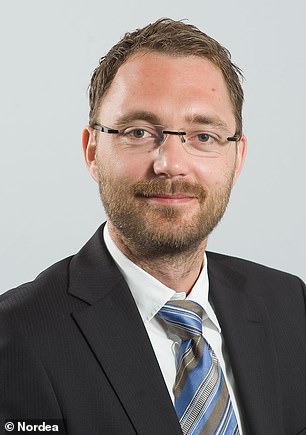 The majority of our strategy is allocated to resource efficiency – companies improving efficiency with products and services.

An example of a company thriving in this space is Hexcel Corp, the leading carbon fibre producer in the world.

New generations of airplanes, such as Airbus’ A350 and Boeing’s 787 Dreamliner, are built with approximately 50 per cent carbon fibre, resulting in 20 per cent more fuel efficiency than older airplanes of equal size.

With fuel being one of the largest costs for airlines, Hexcel is providing significant savings for airline companies and value creation for shareholders – not to mention helping to decarbonise the aviation industry. 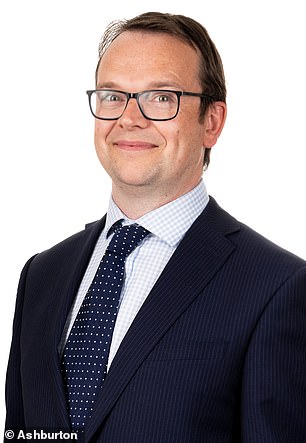 Alphabet is one of the most innovative technology companies in the world.

With its scale and R&D resources, the firm can continuously innovate not only in directly adjacent markets, but also through frontier research.

While more than 99 per cent of revenue and profit currently comes from the core Google subsidiary, including Google Search and YouTube, it is possible one of the higher risk ‘moonshot’ businesses, such as self-driving cars, will grow to be a major part of the group in the future.

Alphabet generates fantastic returns on capital, and we envisage these will stay substantially above its cost of capital for many years.

In other words, the company continues to compound intrinsic value – it is a true charging elephant.

Investing tips that get to the heart of the matter

Adam Young, of Jarrovian Wealth, says: ‘At this time of year romantic gestures are sweet but giving a bit of time to your finances could ensure your long term future happiness together.

‘It may not seem like such a romantic gesture to be tackling tax, pensions and wills but some clever financial planning could end up being the gift that just keeps on giving, throughout your lives and beyond.’

These are his tips

Use all your allowances. The Marriage Allowance – it’s not going to make you rich overnight but is worth taking advantage of as it knocks up to £250 a year off your tax bill. To qualify married couples or those in a civil partnership need to have one partner who is a non-tax payer (either doesn’t pay income tax or earns less than £12,500 per year) and the other a basic rate taxpayer. The non-tax payers can transfer up to £1,250 of their Personal Allowance to their husband, wife or civil partner and this reduces their tax bill by up to £250 per year.

Isas – as the end of the tax year approaches ensure you make full use of your tax efficient savings opportunities. From using your full £20,000 Isa allowance to topping up your other half’s saving, and considering investing into a Junior Isa for your children or grandchildren. The JISA annual allowance is £4,368 – but for older children between ages of 16 and 18, they can also invest up to £20,000 in a Cash Isa.

Get clever with Capital Gains Tax. If you have any of your £12,000 Capital Gains Tax allowance remaining for the current tax year, now is the time to make disposals. You can also transfer assets such as investments and rental property to your spouse or civil partner as an outright gift, and this will help reduce CGT when they are eventually sold.

Top up those pensions. With some careful planning ahead of retirement it can be possible for pension contributions to be split between a couple – meaning that when it comes to retirement, you can each use your full £12,000 Income Tax allowance and pay less tax. Often one partner ends up not paying tax as their retirement income is below the threshold, while the other is hit with a hefty tax bill. So, instead of filling up just one pension pot, you can have two and enjoy a combined £24,000 tax free income.

The wisdom of wills. Not the best subject to bring up just after Valentine’s Day, but it is crucial you have up to date wills in place to ensure you don’t leave your loved ones with any financial heartache should the worst happen.

Some links in this article may be affiliate links. If you click on them we may earn a small commission. That helps us fund This Is Money, and keep it free to use. We do not write articles to promote products. We do not allow any commercial relationship to affect our editorial independence.